Skip to content
Affiliate Disclosure: As an Amazon Associate I earn from qualifying purchases.

Before we start let’s have a quick overview so that you don’t miss any built-in features.

How to thread a singer simple sewing machine

While threading a sewing machine you have to work on the lower thread first. For this, you have to find the bobbin first.

To find the bobbin start with the given processes below:

As you have found the bobbin now let’s move to the next step.

Now you have to start with winding the bobbin.

Before starting winding the bobbin an important reminder is that, don’t forget to get singer class 15 transparent bobbin if you ever buy extra bobbins. That is compatible with the machine. Instruments compatibility is a big factor for avoiding unwanted damage and also needs to get better output.

As there are few spare bobbins provided so nothing much to worry about now but in the future, you will need extra bobbins for threads, and make sure you get these recommended bobbins.

Now to start winding the bobbin follow these steps below:

And now you have the perfectly wound bobbin.

If these two checklists are marked we can start the main upper threading process.

Though there are numbers and diagrams on the machine for threading still we are breaking these points below shortly for better understanding.

If you have done these steps correctly, Good Job.

As we finished upper threading now we have to thread the needle. We have mentioned before that Singer’s simple sewing machine 2263 model has an automatic needle threader. It will help you to needle threading done with less hassle.

Let’s move forward to the task

So the needle threading process is over and also we are almost at the last stage of threading a simple singer sewing machine.

Now we have to put back the wound bobbin inside of the bobbin compartment.

To insert the wound bobbin follow the requirements given below

Hence the bobbin is inserted. Some of the people who want to know How to Thread a Nelco Sewing Machine for that are given here. The sewing machine is almost set, so let’s move forward to the very final step of how to thread a singer simple sewing machine.

6.  Setting up the machine and finishing thread

Follow these steps given below to thread your sewing machine and setting up for work.

And finally, we are done and now you know how to thread a Singer simple sewing machine. 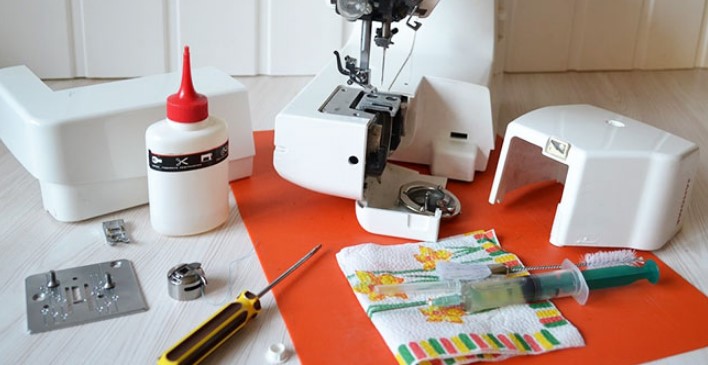